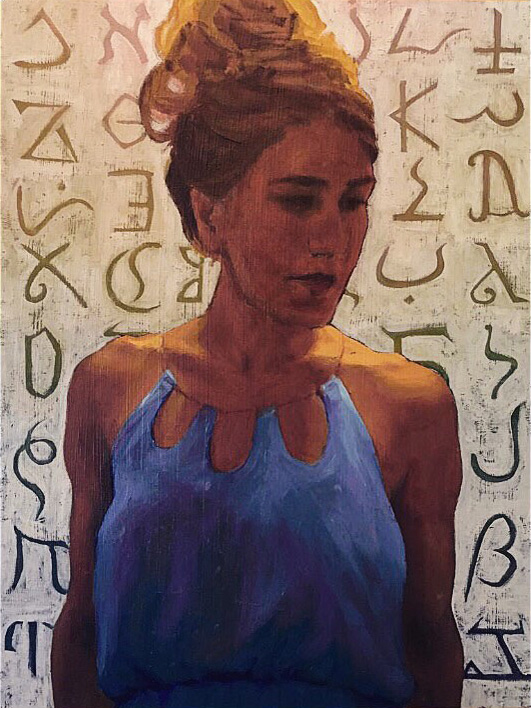 This self-portrait matches the literary and the visual, through the forms of my own bust and a taste for language. It is inspired by a narrative work of Italo Calvino. The signs depicted combine ancient symbols with letters of modern alphabets. In a metaphorical sense, it was intended to bear witness to the lack of communication in individuals of the postmodern era. There is also a duality of warm and cold colors, as well as the mixture of a real perspective with a sort of dreamlike aesthetic and imaginative character created by the contrast of light.